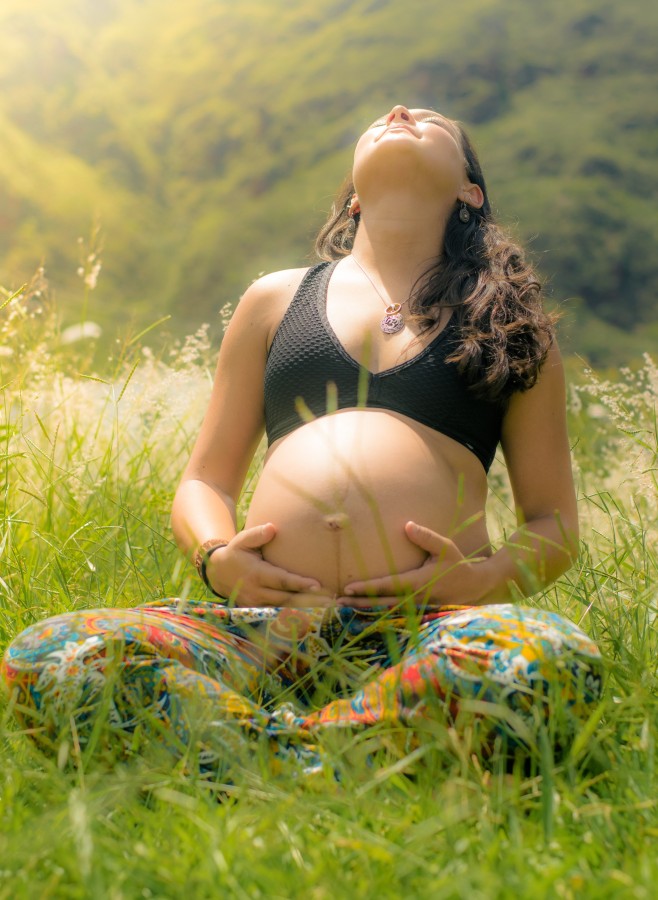 It is said that around 40% of adults globally suffer with anxiety of some kind in their lives and given that it is such a huge thing it is not a surprise that it should rear it’s head during pregnancy.

A certain level of anxiety is completely normal as it is human nature for many of us to worry, and this is not a bad thing. The bad things come when the worry seems to be constant and can often lead to panic attacks and/or high levels of stress which can cause harm to your developing baby so it is something that needs to be taken seriously. Statistics show that 1 in 10 women will experience anxiety or depression during pregnancy so it is more common that I thought at first but midwives and obstetricians are experienced in dealing with this so the most important thing to do is see someone about it.

Personally I suffered with anxiety before I was pregnant and I got help so I felt like I was pretty well equipped in heading into my motherhood journey. However it’s not been easy. In August last year I started a 7 week course of counselling with a private councilor in my area. It was something that was long overdue but until that point I didn’t think I needed it – until one day I just cracked and thought ‘I can’t take this anymore’. I was sick of constantly fighting with my husband and family, I felt out of control of my emotions and I would often say to Giles that I knew something would make me unhappy but I would feel powerless to do anything else. I certainly wouldn’t have been able to cope with a pregnancy or growing family and would often ask myself ‘how will you cope being a mother? If you can’t look after yourself?’

After 7 weeks of counseling I could not believe the difference it had made to me. By simply talking about some of the things that I went through as a child when I was bullied aggressively by girls in my year and an abusive ex-boyfriend who I had lived with for  4 years it was like a weight had been lifted. I felt like a different person. My anxiety had dropped considerably and I felt totally in control of my life again – I stopped arguing with Giles (well almost I mean we are human) and I was really happy. It was the best money I have ever spent.

When I got pregnant one of the first things I did was go and see my counselor again, just to check-in with her and keep my worries and anxieties in check. It was perfect timing as I was 7 weeks and in the middle of the famed worst 1st Trimester and it’s the best time to go and get those worries in check.

Anxiety in the 1st Trimester is extremely common with the worry of miscarriage high on most women’s radar’s it can be very hard to relax and enjoy it this early on especially given how awful many of us feel. Each twinge, pain, or ache can set off a string of new worries and concerns and if you don’t have anyone to talk to it can be awful. My advice is to get a pregnancy buddy – someone who is pregnant or has been recently who can answer your ‘is this normal’ questions on a daily basis if needs be. If you don’t know anyone then talk to your midwife and be careful not to google too much – whilst it can be good to help settle your mind about a niggling ache it can also be counterproductive if you are a serial worrier.

Of course even after your 12 week scan (which for me was the worst 45 minutes in a waiting room of my life as I was convinced they wouldn’t even find a baby in there so when I finally saw a little head and body I literally burst into tears.) the worrying doesn’t stop. I worried a lot lot less but every now and again I would have a bad day and just constantly think the worse would happen. Again the best thing to do is take your mind off it, and talk to your partner. Even though Giles doesn’t understand why i’m worrying (his answer is just to ‘not worry’-well duh,thanks doctor!) it does feel good to talk about it with someone. It also helps when you start to get a ‘bump’ as it cements the whole ‘is this really happening’ in your mind and it definitely helped me relax to see my body changing. I also felt my first little flutters at around 17 weeks which really helped me stay calm and positive.

If your worrying ever becomes too much then don’t suffer alone, the NHS offers counselling services and I am actually starting some CBT next week which was arranged via my doctor. And if you can afford it then going private is a good choice as it will most likely be quicker and you can choose your councilor. If you are uncomfortable with either of these options then talk to a friend and no that you are not alone!

5 thoughts on “Anxiety and Pregnancy”

This is a text widget, which allows you to add text or HTML to your sidebar. You can use them to display text, links, images, HTML, or a combination of these. Edit them in the Widget section of the Customizer.
Loading Comments...
%d bloggers like this: