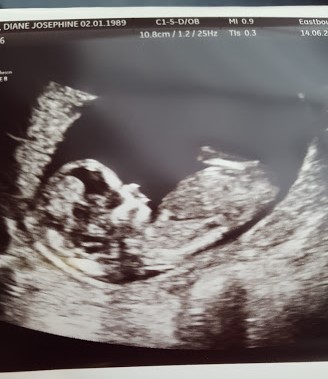 So you’ve taken the test probably more than once, and your pregnant! Excitement, disbelief, and apprehension are some of what you might feel right now but it’s ok you are prepared and you are ready to embrace the expanding waistline, stretch marks, and morning sickness with open arms! But what is it that they don’t tell you?

Not that it would have made any difference to me or most but I really feel like there are some things about pregnancy that should be shared but commonly aren’t. You see I had visions of wafting around in a maxi dress with a full on pregnancy glow from the moment I saw the words ‘pregnant’ on the test. And the reality of at least the first 14 weeks of pregnancy couldn’t be further from this. So here are my ‘what they don’t tell you’s so that anyone reading this can head into this journey fully prepared!

I know it is not unknown that Morning Sickness can in fact occur at anytime in the day and not just the morning but I feel like this is was drastically mis-sold to me especially in books, TV and movies. You see I naively thought my pregnancy would be much like Meredith Grey’s in Grey’s Anatomy – you know, a quick vom in a supplies cupboard and then back to work whipping out someones’s kidneys. Sadly this was not the case for me and many others. In fact I woke up most days not feeling sick but feeling like I had been run over and then should I be lucky enough to be able to get out of the house to work I would feel like this until around 2pm everyday when vicious nausea would hit and stay until I went to sleep.  I only ended up taking 2 days sick throughout my whole 1 trimester but there were times when I would cry for hours wondering how I was going to get through these next few weeks – and you never see Meredith Grey doing that in between appendectomy’s!

This goes hand in hand with the above – because when your not pregnant or haven’t been pregnant it is hard to understand why all of sudden a person can’t leave the house for longer than an hour at weekends and all of a sudden your mid-week dinner dates are a totally gonner. You see even people who have been pregnant often forget what it was like for them – I think we are genetically wired this way otherwise we would just never have more than child! So it’s hard to make people understand that for 12 weeks you simply can’t imagine going to corner shop after you’ve struggled through a day at work let alone have a social life. And don’t even get me started with weekends where should you be lucky enough to have a clear diary you woop in delight at the prospect of catching up on some zzzz’s (even though you’ve been getting around 10 hours a night as it is) and a trip to the supermarket would have you collapsing in front of Netflix for the remainder of the weekend.

I don’t think enough focus is given to how tough pregnancy is on our other halves and to all those women out there who are doing it solo I wholeheartedly salute you! My poor husband Giles has been a rock since he opened the door one Friday afternoon and found my deranged face staring back at him waving a Clear Blue stick in his face. From  5 weeks to 14 weeks I only cooked a handful of meals and even on these occasions they would be pop in the oven jobs of baked potatoes or fish fingers, he literally did everything and even on weekends when I would get the hoover out I would inevitably end up getting too tired and have to sit down halfway through for him to finish for me. So hats off to our other halves, for without Giles I would have eaten nothing but canned ravioli for 9 weeks.

I won’t say much on this subject for obvious reasons but I was under the impression that I would be saving a heap on sanitary wear whilst I was pregnant and sadly that is not the case. Don’t hang up the panty liners just yet ladies!

Again this is possibly down to my naivety but I stupidly thought that during pregnancy I would continue as I always did, exercising 4 times a week and eating healthy and balanced meals. Well exercise quickly went out the window when I favored a nap in my car rather than my usual 30 minute rowing session in the gym and eating well was just a joke. Just the thought of most vegetables was enough to make me gag and it would be a small victory if I was somehow able to incorporate spinach into a meal – my body would tolerate this in small quantities and usually if accompanied by cheese. I pretty much lived off sausage rolls, toast, cheese, and yoghurt and I spent a fortune on the most expensive pre-natal vitamins I could get my hands on for fear of mal-nourishing my growing baby. Thankfully this got better from about 12 weeks on wards and I am now able to eat pretty much normally with the addition of fruit which I never really liked before pregnancy so that’s a small victory!

As much as all of the above is 100% true and based on my own experience I am now 16 weeks and I can honestly say I have almost forgotten how bad it was (almost) because the short story is that it is all totally worth it and being women we are so lucky to be able to share this with our babies, the fact that we have carried them for 9 months through the good and the bad is something we will never have taken away from us – even when they are toddlers and screaming that they hate us because we cut the carrots in discs and not batons. So embrace it and let the good and bad times roll!